We believe you. We will fight for you.

Learn more about our case results.

It is not your fault

You are not alone if you or a loved one, as an athlete, has been the target of sexual abuse or sexual assault. The shame, embarrassment, and trauma of sexual abuse leads many victims to repress or block out the heinous acts from their memory.

It is well documented that most athletes who are sexually assaulted do not report their abuse. When cases of sexual abuse in sports make headlines, it is another reminder that sexual abuse in athletics is a real issue that needs to be addressed. 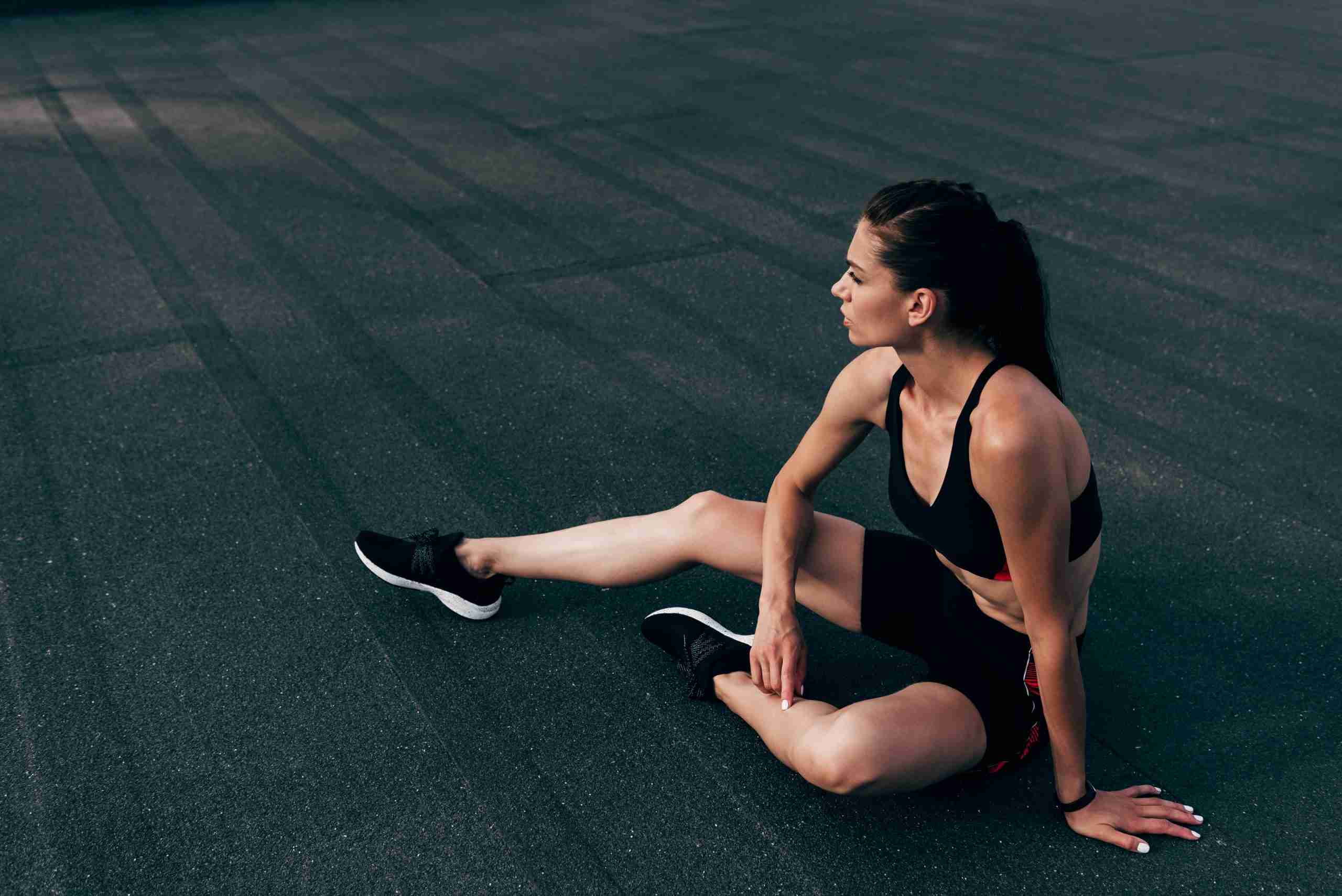 The current system of oversight of youth sports fails to protect the athletes from sexual abuse. Sports organizations and governing bodies must do more to protect young athletes from predatory coaches, trainers, and doctors. The lack of safeguards means that parents and young athletes bear the burden of identifying and reporting inappropriate behavior. Our team works to place that obligation onto the institutions that are responsible for the safety of their athletes.

When sports organizations fail to protect athletes from sexual predators, our award-winning sexual abuse attorneys can hold them accountable. Our trauma informed law firm not only helps abused athletes move forward with their lives, but through our efforts we make organizational changes to help protect future athletes from suffering the same type of exploitation. 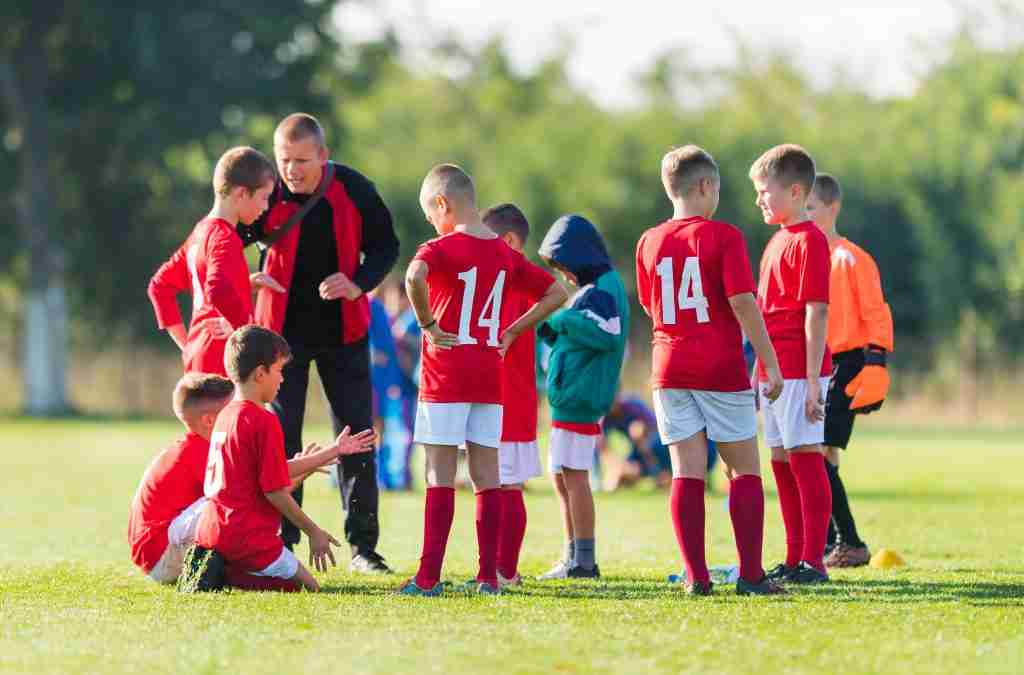 Some of the most prominent coaches in sport have also engaged in athlete sexual abuse. The long list of well known coaches exposed as sexual predators is a reminder that sports organizations need to do more to protect athletes no matter the reputation of the coach. When organizations fail to protect athletes, our job as attorneys representing sexually abused athletes is to hold both the sports organization and the coach financially accountable for their actions.

By the nature of their profession, coaches are seen as authority figures that demand 100% obedience. Combine that authority with the fact that touching is seen as part of their work, and it is easy to see why some coaches can abuse that power and trust.

Sexual abuse by doctors in sport

Larry Nassar, Richard Strauss, Robert Anderson, and George Tyndall, are all doctors who are now infamous for systematically abusing athletes. They are also some of the most prolific sexual predators in the history of the United States, with each forever changing the lives of their thousands of victims. Their positions of trust at large universities and lack of institutional oversight gave these doctors unfettered access to students on an ongoing basis.

Many of the abused athletes hesitated to come forward because of the power these doctors had over them. Not only were the athletes taught to respect authority figures, but scholarship athletes also feared losing their ability to earn a college education should they report their abuse. Doctors who use their position to abuse athletes to feed their vices violate the trust of their patients, their professional ethics, and the law.

These doctors need to be held accountable, as do the institutions that allow them to perpetuate their abuse. If you or a loved one have been the victim of a doctor at a University or sports organization, our athlete sexual abuse lawyers can help you achieve justice.

Ready to speak to an athlete abuse attorney?

We understand the importance of maintaining your confidentiality. Get started today.

It is not your fault. The grooming process.

Be aware of red flag behaviors used by predators

Those who abuse athletes rarely, if ever, begin committing their assaults on day one. The abuser is often someone who is a trusted authority figure such as a coach or doctor that looks for an opportunity to exploit the trust of their victim.

These trusted figures engage in what is called a grooming process. This is where a sexual predator gains the confidence of an athlete, the parents, and the greater sports community in which they work so that they can prey upon their victims.

Effective child protection policies need to start with comprehensive background checks and strict supervision of newly hired coaches. It is also critical that parents, athletes, and others with access to athletes are educated about the grooming process, can identify inappropriate behavior, and understand the importance of reporting suchbehavior to the appropriate party.

In practice, these four stages of grooming illustrate the insidious nature of pedophiles. After targeting a victim, in order to build trust, they often try to enlist their victim’s parents to further their cause. By telling parents that their child will be a future star or elite athlete, parents look favorably on the person. All the while unaware that they are allowing their child to be alone with a predator during car rides home or during an extracurricular activity.

The third stage in grooming underscores the fact that parents should never allow their child to be alone with an adult without a second adult is on hand to supervise.

The final step is the ultimate goal of the pedophile and often times keeps a victim from disclosing the abuse they have suffered. This in turn leads to only a fraction of cases of sexual abuse ever being reported, allowing the cycle to continue.

While recognizing suspicious behavior as soon as they appear can help stop much of the sexual abuse in spots, it is only effective if the behavior is dealt with quickly and with consequences.

The lasting effects of sexual abuse

The compassionate team of advocates at our law firm fights for the rights of sexually abused athletes because we understand the long-term impact these assaults have on the athlete's lives. U.S. District Judge C.J. Williams acknowledged this harm when he sentenced former Iowa Barnstormers basketball coach Greg Stephen to 180 years in federal prison for molesting more than a dozen young boys. In sentencing the basketball coach, Judge Williams reportedly said,

“the harm the defendant caused to the children is incalculable and profound.”

He also is quoted in an AP story as saying that Stephen’s conduct was of such an extreme nature that it warranted an effective life term.

At Estey & Bomberger, our team of victim advocates does more than fight to help athletes who have suffered from sexual abuse secure just compensation for the damages they have endured. We actively work to affect change on sport organizations to better protect future athletes from sexual predators. Not only have we secured record settlements for our clients, but thanks to the efforts of our founding partner and sexual abuse attorney, Stephen Estey, US Youth Soccer Organization (USYSA) now has a legal duty to require criminal background checks on coaches.

California Assembly Bill 218 (AB 218) allows ALL athletes of sexual abuse to file a legal claim before the year 2022 comes to an end. As long as the sexual abuse occurred in California, it does not matter where someone lives now or where they lived when the abuse occurred. Thanks to AV 218, many athletes who were sexually abused in California in their youth during the 1970s, 1980s, and 1990s, are now coming forward as adults. This monumental bill provides those who have long suffered due to the abuse they experienced the opportunity to hold the predators who used the youth sports organizations throughout the state accountable for their despicable actions.

Founding partner and attorney Stephen Estey was at the forefront of pushing for the legislation that allows survivors the ability to achieve the justice they so rightly deserve. As a career sexual abuse attorney, Stephen recognized that for many survivors, it takes years to come to terms with the events in their past so that they can come forward.

Unfortunately some victims of sexual abuse carry their burden throughout their life, never to reveal the painful events in their past. To continue to suffer in such a way underscores how laws that put arbitrary legal time limits on reporting sexual abuse are unfair, and can restrict victims for achieving justice. Such limitations only benefit the youth sports organizations that, in order to protect themselves, covered up the coaches within their ranks that perpetuated these vicious acts.

If you or someone you love were sexually abused in California, no matter when the abuse occurred, California Assembly Bill 218 provides you the opportunity file a legal claim against the perpetrator and the instruction that enabled their criminal acts until the end of 2022. Stephen Estey will stand up for your rights and can help you secure just compensation for the harm you have suffered.

To protect your confidentiality, California allows sexual abuse survivors to file a lawsuit as Jane Doe and remain anonymous throughout the entire legal process. For many, anonymity is of paramount importance. Our team recognizes that, and as such, all communications are 100% confidential.

If you are ready hold the parties responsible for your abuse accountable for their actions, contact Estey & Bomberger today for a 100% free, no obligation consultation. We will listen to you and answer any questions you may have so that you can make an informed decision regarding moving forward with your case. We have represented sexually abused athletes for more than a decade, and you never pay a fee unless we win. Our 100% success rate with sexual abuse cases illustrates our dedication to our clients and is unmatched by any other law firm in the United States.

What should I do if I have been sexually abused or raped? Expand

As difficult as it may be, you should report the crime to law enforcement as soon as possible. Reporting the crime quickly gives law enforcement time to preserve evidence, apprehend the predator, and increase the odds for a successful prosecution.

The civil justice system compensates you for the harm you have suffered. Our legal team has the experience and track record to hold negligent organizations accountable and to make them pay for the trauma they have caused.

Why should I hire an attorney to sue a sport institution if I have been sexually abused? Expand

It is only through the civil justice system that you can be compensated for the harm you have suffered. If you are the victim of a sexual predator, the institution that governs your sport may have enabled the criminal’s behavior.

What harm can come from being sexually abused? Expand

Your privacy as a sexual abuse or rape survivor will always be our top priority. All communications you have with our team are strictly confidential. Once you decide to file a legal claim, you can do so anonymously as a John or Jane Doe.

How much does it cost to hire an attorney? Expand

How long does the legal process take? Expand

Each case is different, depending on the facts of the case. We try to resolve cases quickly so that the impact to survivors is minimized.

My sexual assault was a long time ago, is it too late to do anything? Expand

Many states now recognize that sexual abuse victims often take a long time to report their harm and have expanded the statute of limitations to present their claims. Please contact us today and we can discuss your given situation.

ARE YOU READY TO CONFIDENTIALLY SHARE DETAILS OF YOUR CASE WITH US?

Contact us for a free and confidential case review: