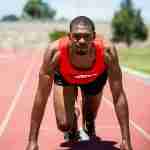 The countless instances of student athlete abuse, both reported and unreported, impact the lives of students from every type of background, gender, and sport. With that being said, Black men may be disproportionately vulnerable to sexual abuse in college sports, especially in football and basketball, where they make up the majority population of athletes in these specific disciplines. While many college athletes rely on athletic scholarships to cover their education expenses, a significant portion of Black men on full ride scholarships come from lower income households where they may be the first of their family to have the opportunity to pursue higher education.

Why are Black Men Targets of College Athlete Sexual Abuse?

In the case brought against the University of Michigan due to decades of abuse by former team physician Robert Anderson in the UM athletics department, over 1,000 college athletes were seen by Anderson during his nearly 40-year career. Attorney Mike Cox, who represents 174 survivors in a federal court mediation against UM, estimates that approximately 40% of the students assaulted by Anderson were Black men. 40 former athletes at the University of Michigan who were Black men stated in 2020 that they were “particularly vulnerable” to decades of sexual abuse because of their lower socioeconomic backgrounds and race.

The Centers for Disease Control and Prevention’s Nation Intimate Partner and Sexual Violence Survey reveals that nearly one in five Black men in the USA has experienced some form of sexual violence. But because of a fear of being perceived as weak, or in stark juxtaposition, being viewed as the aggressor, advocates say Black men are less likely to report such abuse.

Standing Up to Abuse to Stop the Cycle

Survivor activist Brian Johns said in a RAINN.org interview, “Showing emotion about being abused? It’s not well accepted. As a Black man, you’ve been broken down so much that you have to put on a face of being strong. We have a lot of pain that is unattended to.” This underscores the fundamental reason sexual misconduct is common among Black male athletes. According to survivors and experts, there is a fear of retaliation as well as a misplaced trust in the staff of athletics programs.

Former professional football player Jon Vaugh, played at the University of Michigan before his career in the NFL where he played for the New England Patriots, Seattle Sea Hawks, and Kansas City Chiefs. Vaugh was one of the many survivors of Robert Anderson. He told CNN that it took him years to recognize Anderson’s exploitative behavior as abuse. Following his realizations, Vaughn had a difficult time discussing his experience because of societal stereotypes towards Black men.

Unfortunately, sexual violence and how it disproportionately impacts Black men in college sports is magnified by the fact that student athletes in general greatly lack adequate institutional protections. Defense attorneys acknowledged abuse was a substantial issue in college athletic departments across the county in a 2020 lawsuit filed against the NCAA. At the same time, they argued that the association has no legal responsibility to prevent the abuse. This is why so many abuse survivors and advocates are demanding that the NCAA change its stance and establishes regulations to put an end to the sexual exploitation of college athletes by authority figures on campus.

That is why college athlete abuse attorney Steve Estey works tirelessly to fight for the rights of survivors of sexual abuse. By holding the responsible parties, and the institutions that support them, accountable for the lifelong trauma they cause, we can make the changes necessary to protect vulnerable student athletes. If you or a loved one is the victim of college athletic sexual abuse, we are here to help.

Our trauma informed law firm offers more than world-class legal services. We provide a range of services to assist survivors work through their trauma so that they can heal and move forward with their lives. At Estey & Bomberger, we also understand the importance of maintaining your confidentiality. We will do everything in our power to ensure you remain anonymous should you choose to keep your identity secret.

Our goal is to provide our clients with the justice and fair compensation they deserve without having to worry how to pay for legal representation. That is why we never charge a fee unless we reach a settlement, judgement, or verdict in your case. Our athlete abuse attorneys build cases ready for trial and have a perfect record when it comes to representing athletes who are survivors sexual violence. To learn more about how Estey & Bomberger can help you, or to schedule a confidential, free consultation, contact us today.